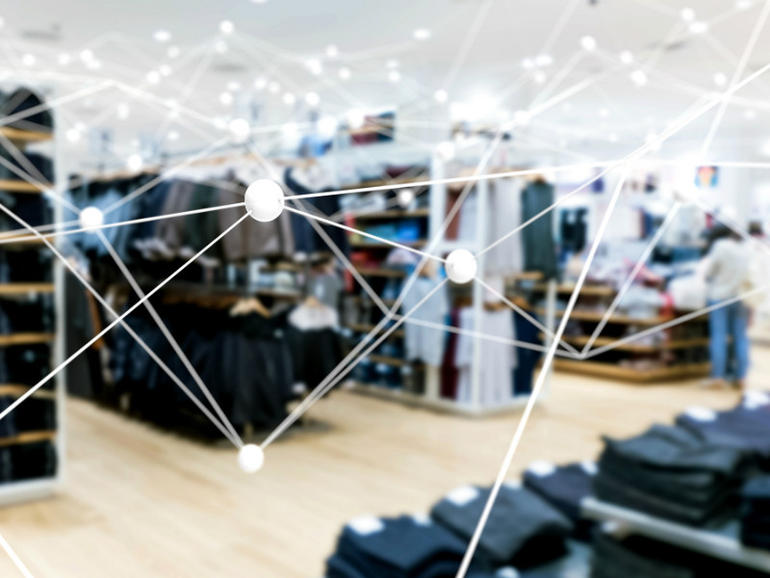 Restructured with layoffs this summer, Zulily bounces back with a focus on tech and emphasis on analytics.

Upskilling workers in the age of digital transformation
Upskilling is more than just a new term, it’s becoming a necessity for many companies in response to job automation.

Online retailer Zulily, founded in 2010, was touted as a rare retailer: It reached $1 billion dollars in less than five years. But with great success often comes change. The company has been in the midst of a revamp of sorts, with two new features introduced this week, the hiring of the company’s first-ever vice president of machine learning back in July, and also a restructuring after layoffs.

“Zulily is always testing and trying new initiatives to improve the overall customer experience,” said a company spokesperson. “Because of the speed and complexity of our model, and the evolving nature of retail, we invest in machine learning, data analytics, and other technologies.”

Despite hitting $1.8 billion in revenue in 2018 (“We made $1,800 that first day,” said Bindu Thota, vice president of product and engineering), a leaked memo from Zulily President Jeff Yurcisin to the Zulily staff from late July of this year, announced a restructuring and layoff in the company’s Seattle headquarters, as well as in its Columbus corporate office. Zulily may be bouncing back. Not only did they bring in Downs, but just introduced two new on-line, on-site and in-app features: a competitor price feature, which compares Zulily’s price with Amazon and Walmart, as well as a price-match guarantee.

The spokesperson said, “Olly Downs is a seasoned technologist with deep data and analytics expertise. Downs is also the company’s first vice president of machine learning. He has a strong track record of building and scaling successful data science and consumer analytics teams in the Seattle community at companies like Zillow Group and AdReady. Olly also founded and led automated-messaging company, Amplero, developing core algorithms, data architecture, UI integration, and customer engagement. In his role at Zulily he will continue to optimize Zulily’s data platform and proprietary merchandising and pricing tools with machine learning capabilities—all with a bias to build world-class technology in-house. We’re excited for what his team has in store for the future.”

Innovative tech keeps online retailers jockeying for position, but Zulily hopes the company’s focus on new software will give the company a new boost.

Why Americans shop where they do

For most Americans, it is a choice that requires little thought; for some, however, it’s a reluctant admission, purely convenience based, for their go-to shopping choice to be the juggernaut that is Amazon or Walmart. After all, Amazon is literally fingertip available 24/7. With more than 11,700 Walmarts worldwide, it’s likely there’s one in short driving distance. As for the aforementioned reluctance, whether it’s quality perception, bad politics, or monopolies, it’s not difficult to find fault.

In 2010, a website launched challenging Amazon and Walmart and other e-commerce sites: Zulily. But Zulily set itself apart, calling itself a “flash site,” in which it promoted and held sales at discount prices, but for a limited amount of time (i.e. 72 hours). The small window of availability created a sense of urgency, and, said Zulily, a “fun shopping experience that sparks inspiration.”

Perception is everything; in a Wakefield Research study, 38% online shoppers believe Walmart to be the leader in lowest priced products, with Amazon following at 27%. However, Zulily, through the company’s new comparison feature, claims to have lower prices 97% of the time than larger retailers for the same products. And it is the new comparison feature that will “position Zulily head-to-head with two of the biggest companies in the world,” according to the Zulily press release.

“While shoppers perceive that Amazon and Walmart have the lowest prices, we are confident that we provide shoppers the best deal,” said Zulily President Jeff Yurcisin, formerly an Amazon clothing executive, as well as CEO at Shopbop.

Zulily’s Competitor Price Comparison is accessed through products on the Zulily site with a “Best price promise badge,” and will show the three competitive prices from Zulily, Amazon and Walmart. And in what Zulily describes as a rare occurrence, if Amazon’s or Walmart’s price is lower than Zulily’s, Zulily will match the competition.

SEE: 6 ways to delete yourself from the internet (CNET)

“Retail is a trillion-dollar industry,” Thota said, “but e-commerce only represents about 15% of total sales globally, according to Internet Retailer. When we think about where e-commerce is right now, it’s not surprising that there is a growing focus on customer experience. However, given how transactional e-commerce has become, the industry forgets that consumers are incredibly diverse and there are alternate ways to shop that are beyond an immediate need or defined by purchase intent and speed.”

Zulily cites a Wakefield Research report, which conducted a study of randomized samplings of two item pairings across 16 popular categories, and determined Zulily’s prices for holiday purchases will be approximately 24% to 30% lower. Zulily is expanding by addressing the fact that not only are online shoppers more informed and mature, they are comparison shopping and looking for the same item, but comparing prices across various e-commerce sites.

Once geared towards moms and kids, and touting its “flash sale” sales events, Zulily is “testing another way to discover and inspire: Providing a discovery model based on categories,” said a company spokesperson, who added that the company experience includes “leveraging data science and machine learning to personalize experiences based on shopping and browsing behavior. We are exploring more of the predictive side of personalized experience.”

“At Zulily,” Thota said, “we’re constantly evolving and optimizing our business to meet the demands of the modern-day shopper. We recently invested heavily in video in the app because our tests showed that customers loved to see in-app dynamic content. And, this effort was a truly cross-functional effort: if there’s anything we’ve learned it is that no launch is possible without the combined efforts of experts from merchandising, technology, marketing, creative and more.”

For more, check out How big data and AI help online retailers compete in the digital era on TechRepublic.

Be in the know about smart cities, AI, Internet of Things, VR, autonomous driving, drones, robotics, and more of the coolest tech innovations.
Delivered Wednesdays and Fridays